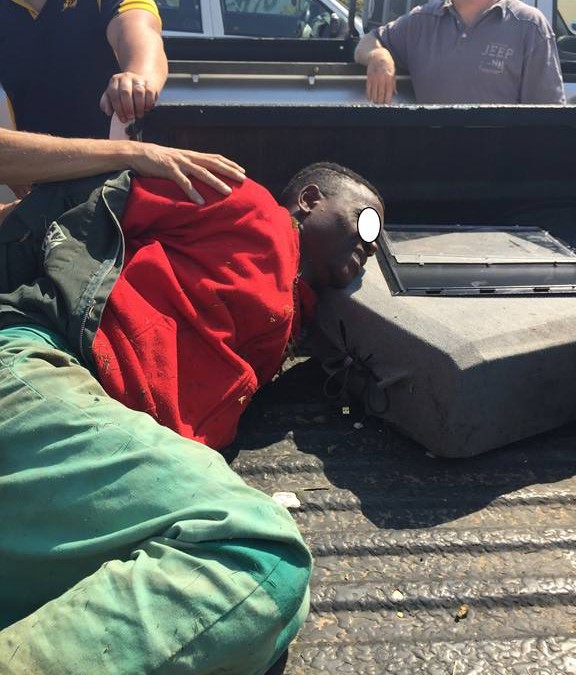 Muldersdrift Gauteng SA 12 April 2016. At approx. 10h00 a Security Guard (Ipeleng Security) from Aloe Ridge saw 4 suspects from his post and alerted the Cradle Moon Estate Manager and staff. In turn the Manager alerted Local security Companies and surrounding landowners. The Estate manager from a surrounding Hotel, The Cradle Moon Estate Manager, and surrounding land owner with staff gave chase. Conserv was contacted and the Local Community was informed. The… incident then escalated to a ‘Code Red Suspects’ and the Calvary was mobilised. Conserv Officers responded to assist. At approx. 13h20 reports of the first two suspects being arrested were received, and stolen goods retreived (note the GPS in the photo of house breaking tools). Well done to the Two Managers who chased with staff and made the initial arrests. SAPS were contacted to remove the suspects. As info flowed more reports of the remaining suspects whereabouts where received and the SAPS and Drift gave chase. Two more suspects were picked up. Well Done to all concerned and SAPS, but a special thanks to the Two Estate managers, Landowners and their staff who set the ball rolling. The Community members who responded helped upset the criminals get away plan – Your role is invaluable. Conserv 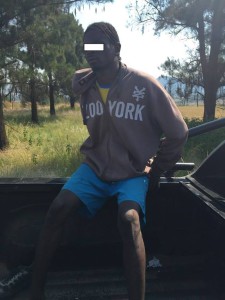 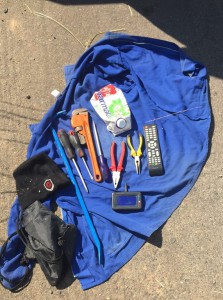