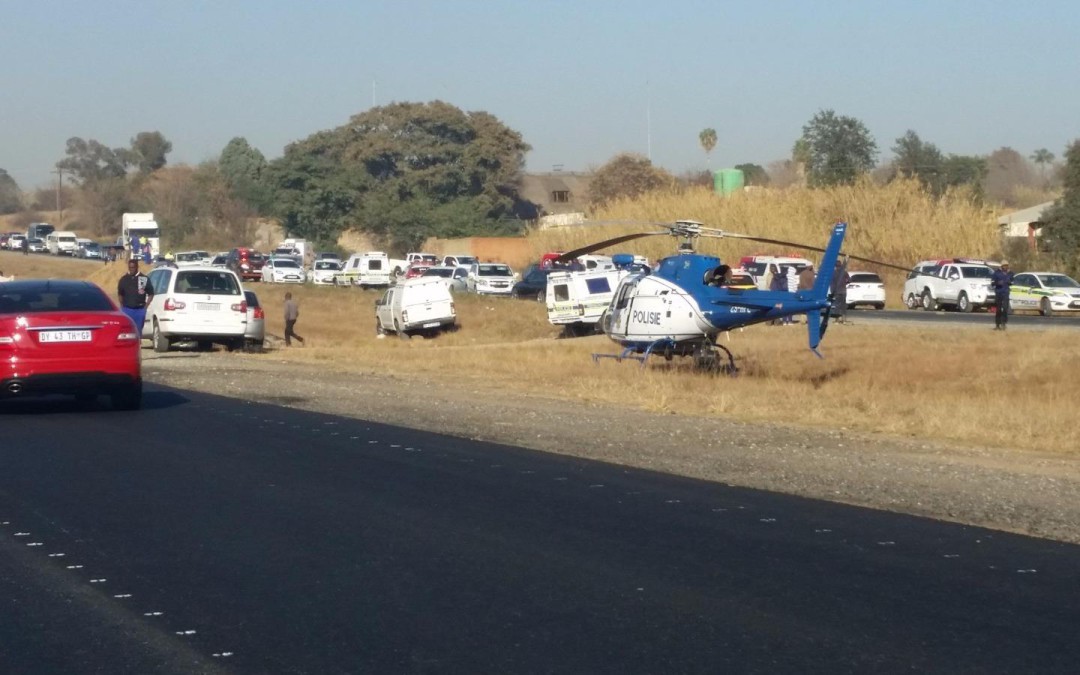 IR 28832 DOUBLE SUCCESS MULDERSDRIFT NORTH GAUTENG SOUTH AFRICA: 06 JULY 2016. Signs were picked up on a pending ‘Farm Attack’. SAPS Rural Safety was contacted who quickly analysed and verified the signs. Plans were made, and all were ready to pounce. Just before the incident was due to take place, suddenly things changed. The SAPS Tasks team, whilst placed at a strategic point got a ‘look out’ for three hi-jackers heading their way. The Task Team’s attention was diverted and the hijackers were apprehended, together with firearms and stolen vehicle.3 suspects were shot. (success 1) In the meantime, SAPS Rural Safety Members waited patiently for the farm attack to be launched. Its seems that with all the activity close by it had the farm attackers think twice. The domestic worker was involved, who resigned immediately. Farm Attack averted. (Success 2) The Owners of the property have not stopped singing the SAPS praises, and said SAPS were absolutely professional. Well Done to SAPS and all involved. Conserv