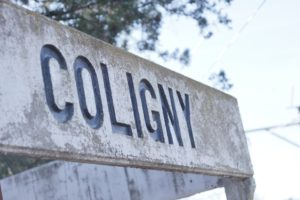 Coligny has made world news. As a South African Citizen when reading the articles published, somethings do not make sense. So I decided to visit Coligny personally, and share my first-hand knowledge, experiences and solutions with you.

Local residents describe Coligny once as a small peaceful and vibrant town. Before the town was officially named Coligny in 1923, it was known as Treurfontein. 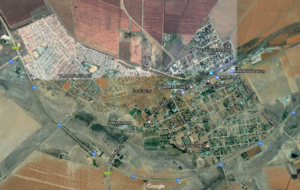 The Railway station was operational from 1911, before being renamed as well. In 1906 the first family house was built by persons of European descent. With the arrival of the railway, the immediate area started to develop. The first church, a Christian church was founded in 1914. The congregation grew and the town economically was under pinned by the farming, railway and mining communities. 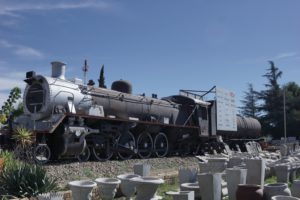 The surrounding White Farming Community’s (Boers – all previously of European descent) influence saw businesses establish, and job creation was evident, and to the benefit of all, including the Black Communities who settled in the area, all who originally emigrated from North of South Africa. Residents tell of the Farming Community with a flourishing High School that had over 600 students, passenger trains that would run once daily, and an indigenous White Farming and Black African Community that lived peacefully alongside each other.  Coligny today really only has a main street with numerous shops, banks, garages etc catering mainly for local residents. A Police station, Municipal buildings, a clinic, and a decaying basic infrastructure. The Farming and multi-racial business Owners keep the floundering town afloat. 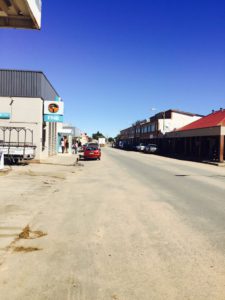 At present the exact population of Coligny is unknown, however it is estimated at approx 17300+ in 2011. The racial split is 91% black, 6% white, 1.8% Coloured, 0,5% Asian, and Other. When looking at the White component, many of the Folk are elderly, of which many are widowed women. 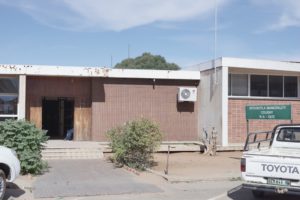 Roads in the traditionally White owned areas are in a shocking state, it is safer to travel on the gravel roads in the residential areas than on the potholed tarred roads, where sewage can be seen flowing down the street. This is in contrast to the newly established Black owned formal suburbs. 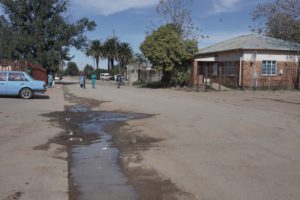 Clearly the present ‘fathers’ of the town have allowed the situation to slide into decay, just 23 years after the 1994 Democratic elections. The obvious poverty among both White and Black residents, can only be laid at the door of the Local Politicians and Government who have failed ALL the residents of Coligny!